With the impetus on production through uprooting and replanting and growth of small tea growers which presently contribute around 35% of total production, India now has sufficient tea in the next decades to be able to increase its exports whilst also meeting the domestic demand and building a sustainable model for all stakeholders. There is thus need to increase exports to maintain balance and for sustenance of the both small growers and organised sectors.

ITA has been playing a vital role on promoting Indian tea in overseas markets. ITA maintains close liaison with the Tea Board, Ministry of Commerce, Indian Embassies and Overseas Trade Bodies in this endeavor. In consultation with the Tea Board and Export Associations ITA selects key markets and mount trade delegations regularly. This has been lauded by all.

ITA’s efforts have shown significant results. From less than 1 mkg exports have crossed 20 mkgs to Pakistan, from 10 kgs to over 23 mkg to Iran and so on. Some of ITA initiatives are provided below.

ITA’s another unique initiative is “India Tea Festival” organized in Dubai and Abu Dhabi in 2009, 2010 and 2011. Major buyers from key markets like Middle East, WANA, Eurasia, etc were hosted by ITA. Wide varieties of Indian teas were showcased through Tasting Sessions and one-to-one Buyer-Seller Interactions.

ITA Statement of Accounts for the year ended 31st March, 2021 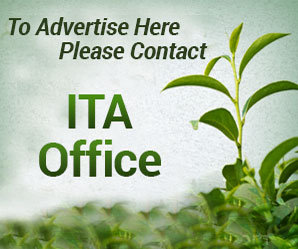